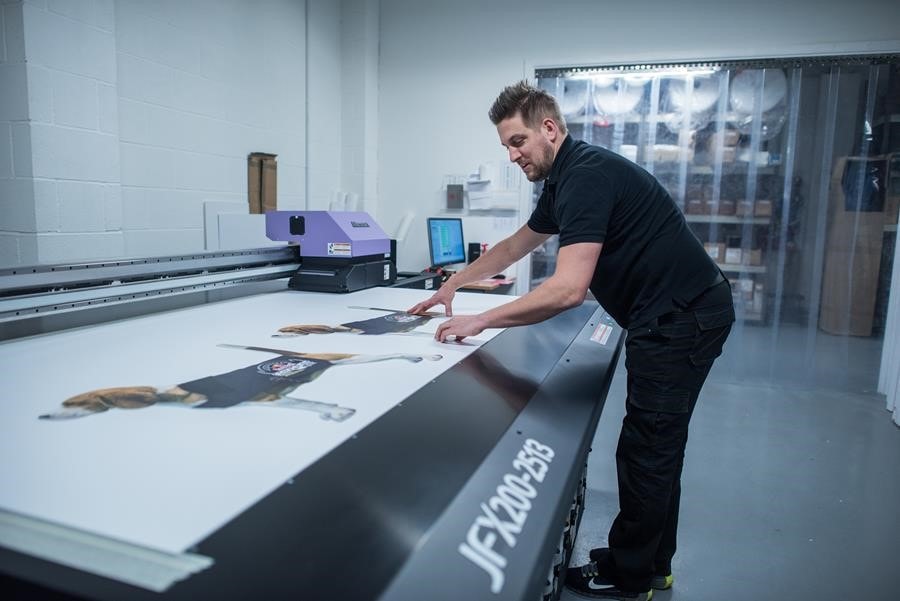 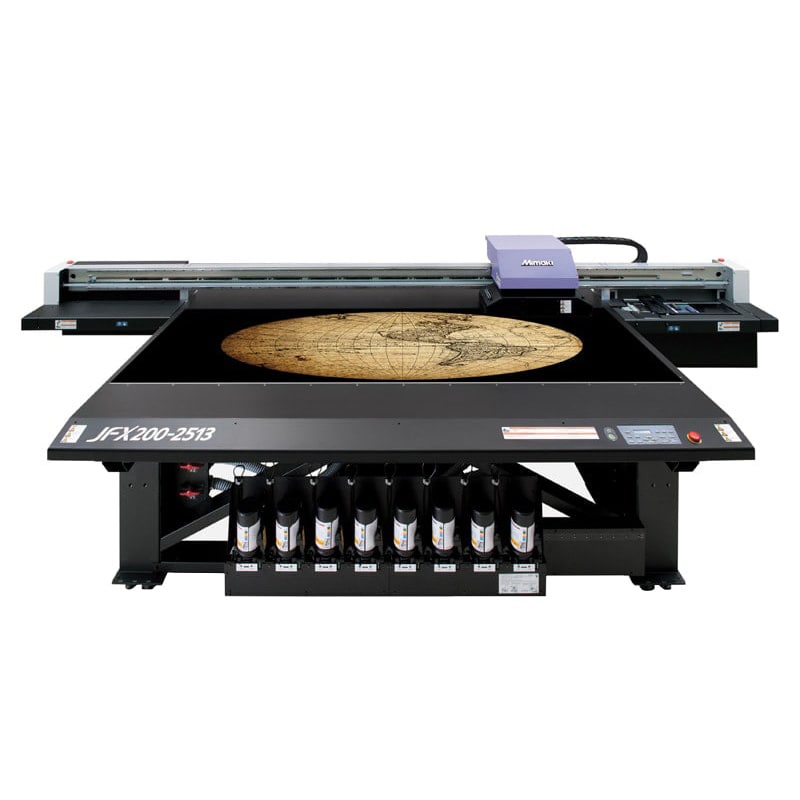 Since installing our first Mimaki printer in the early 2000’s; a JV3, we’ve come to depend on their inherent reliability

When the Red Bull Fox Hunt mountain bike event returned to the Pentland Hills outside Edinburgh recently, the organisers were looking for something a bit different in terms of event signage, and turned to Axminster-based Creative Solutions.

Operations Manager and co-director of Creative Solutions; Jedd Whittington explained; “We’ve been fortunate enough to work with Red Bull on a number of interesting projects since first being recommended over five years ago by a contact at Lyme Regis harbour where Red Bull were hosting a wakeboarding event, and we’re delighted that they continue to trust us to deliver signage and graphics for a number of major high profile events."

The Fox Hunt format has been running for several years in Northern Ireland and in 2014 Downhill World Champion Rachel Atherton decided to launch a women-only version. It pits Rachel as the Fox - against the Hounds; more than 100 female mountain bikers in a mass-start race that turns the traditional concept of a fox hunt on its head, with the Fox chasing down the pack, attempting to pass as many riders as possible before reaching the end of the course.

"I thought it would be so cool if we could get more women racing.” commented Atherton. "I wanted it to be a really welcoming way to get into competing. For a lot of people, it’s the first race they’ve ever done, and that’s awesome.”

Whittington takes up the story from their perspective; “One of the key requirements was to print over 40 life-sized images of a beagle dog onto rigid PVC boards to be used as way-markers around the course, acting as a tongue-in-cheek reference to a real fox hunt. Our recently installed Mimaki JFX200-2513 LED flatbed UV printer was the perfect machine for the job, coping easily with the demand of high quality, high volume print."

The company originally started out in 1999, producing relatively simple vinyl banners from their modest premises in Lyme Regis in Dorset. The business continued to expand and develop by producing an increasingly wide range of signage, exhibition graphics and other wide format print. In 2014 they moved to new premises in Axminster, Devon, where they now undertake all design, production and assembly in-house, providing greater control over the quality of product they send out of the door, as well as better management of turnaround times.

In today’s competitive markets, adding value is key to business growth, and being able to respond to customers’ print requirements with ever more diverse products means having the necessary skills and experience, but equally importantly, having the right equipment for the job."

Whittington has nothing but praise for his stable of Mimaki kit, continuing; “Since installing our first Mimaki printer in the early 2000’s; a JV3, we’ve come to depend on their inherent reliability. Since then we’ve had another JV3, a JV33 and more recently a JV150-160 as well as the JFX200. The way in which technology has developed the capabilities of subsequent machines is very impressive; improved resolution and quality of output is amazing and the speed at which they can deliver this sort of quality is breathtaking and improves both our productivity and profitability.”

Whittington is also appreciative of the support he’s had from both Hybrid and their reseller; CMYuK, adding; “On the rare occasions a problem has arisen, the support from Hybrid has been superb, with the purchase and installation of the new JFX200 being handled in a highly professional manner by CMYuK, which was a huge relief as this was a significant investment for our business and a step into new territory for us.”

Whittington has no doubt that their continued investment in a high quality arsenal of print and cut kit has had a major impact on their ability to retain and develop high- profile clients such as Red Bull; “A brand like Red Bull is always looking to push the creative boundaries and we work very closely with them to develop branded graphics and supporting materials which really make an impact. They demand the highest quality and very often to tight deadlines. The new equipment enables us to take on these kind of commissions with real confidence.”

The 2015 Red Bull Fox Hunt proved to be a real success, with the event sold out in hours, and it’s easy to see why; the atmosphere at the weekend event is renowned for being fun, friendly and inclusive, with first-time racers as welcome as seasoned riders. No doubt Creative Solutions can take genuine pride in having played their part in such an exciting and successful event, as well as looking forward to the next.